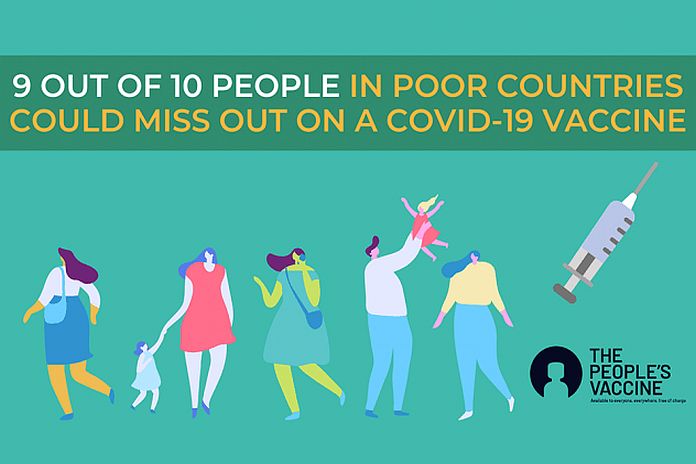 BRAZZAVILLE, Republic of the Congo –  As COVID-19 cases in Africa rise for the third week running and vaccines are increasingly scarce, 47 of Africa’s 54 countries, nearly 90 percent are set to miss the September target of vaccinating 10 percent of their people unless Africa receives 225 million more doses.

The new global targets were announced recently at the World Health Assembly, the world’s highest health policy-setting body, and at today’s pace only seven African countries are set to meet them.

As Africa nears five million COVID-19 cases, numbers are rising week-on-week and increased by nearly 20 percent to over 88,000 in the week ending on 6 June. The pandemic is trending upwards in ten African countries, with four nations recording a spike in new cases of over 30 percent in the past seven days, compared with the previous week. 72 percent of all new cases were reported in Egypt, South Africa, Tunisia, Uganda and Zambia and over half were recorded in nine southern African countries.

“As we close in on 5 million cases and a third wave in Africa looms, many of our most vulnerable people remain dangerously exposed to COVID-19. Vaccines have been proven to prevent cases and deaths, so countries that can, must urgently share COVID-19 vaccines. It’s do or die on dose sharing for Africa,” said Dr Matshidiso Moeti, the World Health Organization (WHO) Regional Director for Africa.

At 32 million doses, Africa accounts for under one percent of the over 2.1 billion doses administered globally. Just two  percent of the continent’s nearly 1.3 billion people have received one dose and only 9.4 million Africans are fully vaccinated.

However, United States president Joe Biden’s planned announcement that the US will purchase and donate half a billion Pfizer vaccines to 92 low-and lower-middle-income countries and the African Union is an important step forward. This comes as we see other countries such as France making tangible deliveries via the COVAX Facility.

“The tide is starting to turn. We are now seeing wealthy nations beginning to turn promises into action,” said Dr Moeti.

“We need to ensure that the vaccines that we have are not wasted because every dose is precious,” said Dr Moeti. “Countries that are lagging behind in their rollout need to step up vaccination efforts.”

Several African countries, including Côte d’Ivoire and Niger are seeing more success by adjusting their vaccine rollout strategies. Where possible, WHO recommends spreading vaccinations beyond large cities into rural areas, prioritizing vaccines that are close to expiring, tackling logistical and financial hurdles and working to boost public demand for vaccines.

Attitudes towards vaccines and acceptance of vaccination varies across countries and communities. According to the Risk Communication Community Engagement Collective, a joint WHO, United Nations Children’s Fund (UNICEF) and International Federation of the Red Cross and Red Crescent Societies (IFRC) initiative, confidence in vaccines in Africa ranges from just 38 percent in Cameroon to 86 percent in Guinea. On average, West and Central Africa has the lowest vaccine confidence at around 60 percent.

To combat mis-and-disinformation around vaccines, WHO and partners set up the Africa Infodemic Response Alliance (AIRA), which leverages the reach and insights from a unique network of 14 organizations and pools resources to combat misinformation. Viral Facts Africa, the public face of the alliance, has created over 150 videos and social media posts to counter misinformation this year and they have been disseminated on almost 60 social media channels across the region and gained more than 100 million views.

Pope Francis to meet with Canadian Indigenous delegation this year

A grave sense of responsibility

Congressional leadership on the debt limit

CDB provides US$5.3 million for St Vincent and the Grenadines Volcano Recovery

PAPAIŸO reports over USD $60,000 in orders from potential buyers at first-ever Caribbean showcase

CANELO VS PLANT IS ON! SEPT 18! FOR ALL THE BELTS UNDISPUTED

PRINCESS ONE TALKS ABOUT SHINE THROUGH THE STARS PROJECT JULY 23rd

CHARLO VS CASTANO – DRAW? 117-111 SOMETHING NEEDS TO BE DONE ABOUT THIS